You Are Here: Home » BOOKS

Putting Wealth to Work: Philanthropy for Today or Investing for Tomorrow? 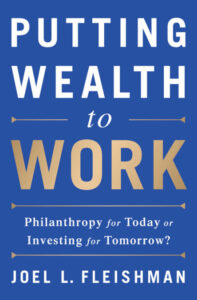 “Joel L. Fleishman has again shown why he is the nation’s preeminent scholar on the important subject of philanthropy.”
– David M. Rubenstein, CEO of the Carlyle Group

Give Smart: Philanthropy That Gets Results 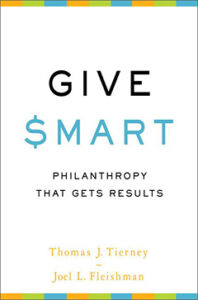 “One of the most exciting and important parts of my job as a philanthropist is learning. Over the years, Bill and I have learned so much from the authors of this book, and we are thrilled to see that wisdom collected in Give Smart so that everybody can benefit from it the way we have.”
– Melinda Gates, Co-Chair of the Bill & Melinda Gates Foundation

By Joel L. Fleishman and Thomas J. Tierney (PublicAffairs, a member of the Perseus Book Group, 2011).

The Foundation: A Great American Secret – How Private Wealth is Changing the World 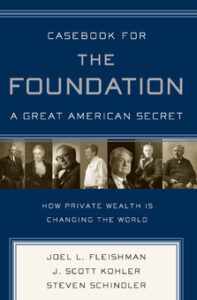 “From Carnegie and Rockefeller to Buffet and Gates, Joel Fleishman has captured the world of foundations in a way that should be must reading for every thoughtful person whose life is touched by foundations, which means almost everybody. Never have I seen a more comprehensive, objective, and understandable analysis of this sometimes controversial and, as Fleishman agrees, singularly brilliant philanthropic invention.”
– Frank A. Bennack, Jr., retired CEO, The Hearst Corporation

Other publications can be found at: https://sanford.duke.edu/people/faculty/publications/1ab6bacca368feba013608ca814cce8c

Other works associated with the Heyman Center for Ethics and/or by Joel Fleishman can be found at:http://cspcs.sanford.duke.edu/publications

Published in Books and Books and Other Publications

Comments are closed, but trackbacks and pingbacks are open.